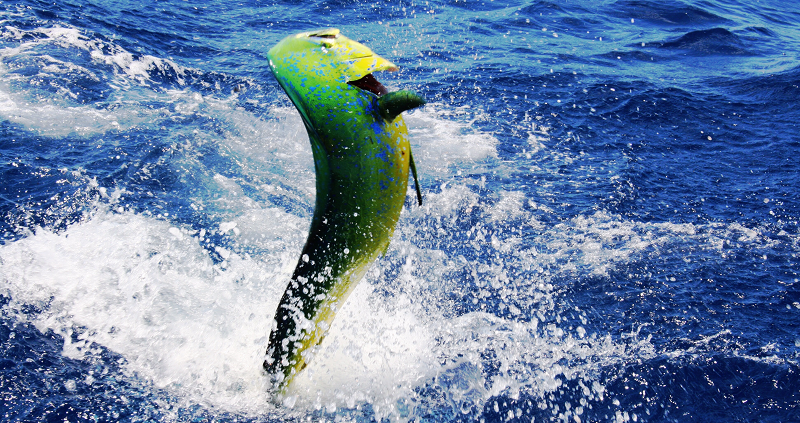 Mahi mahi is also know as Dradu in the local Curacao language. This is a highly popular fish and not just for its great taste! The dradu is also a great sportfish that puts a a good fight and rarely comes by its self. They live in schools of sometimes 20 or more fish. Usually its one or two males and the rest are female fish. Mahi mahi are seasonal to our island of Curacao. They visit in December and in the beginning of January and the you usually catch single fish. The main season is in March and April when they school and return from their spawning grounds of the coast of South America. 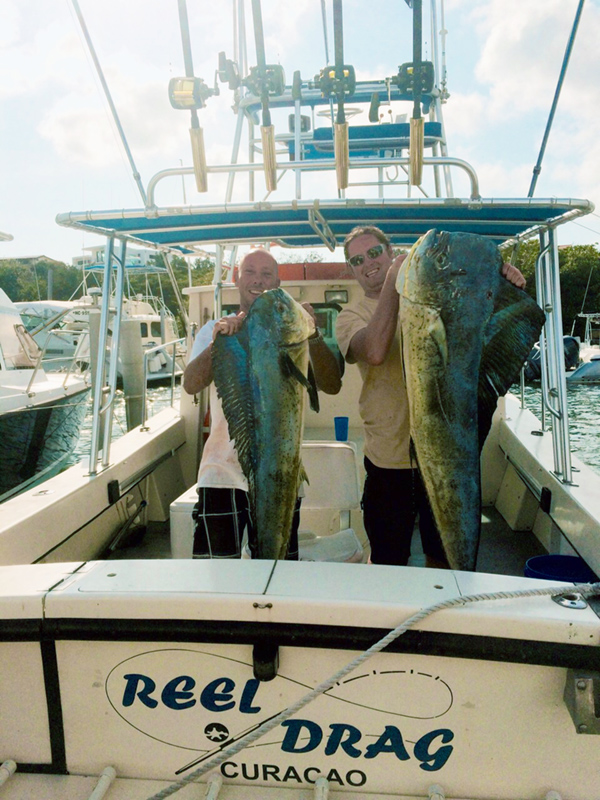 Mahi mahi are also known as dorado or dolphin fish. However, they are not at all related to dolphins. Dolphins are space-breathing mammals, whereas mahi mahi are water-breathing fish, distantly related to perch. They are good food fish, similar to flounder, tilapia and other whitefish.

A typical fishing technique in Curacao is to take the boat to the edge of a reef in about 120 feet (37 m) of water and troll near a line of floating sargasso weed . Mahi-mahi often congregate around marine debris such as floating boards, palm trees and fronds, often found in association with such weed lines. Sargasso sometimes holds a complete ecosystem from microscopic creatures to seahorses, small crabs, juvenile triggerfish and other bait fish. Frigate birds dive for the food accompanying the debris or sargasso. Other fish may be present in the area. Experienced Curacao fishermen can tell what species are likely around the debris by the birds’ behaviour. 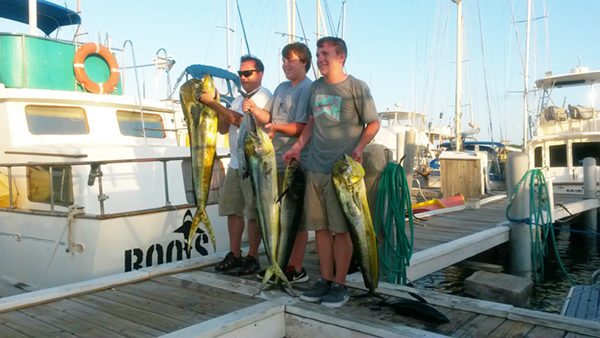 Mahi-mahi typically are taken by trolling ballyhoo on the surface with 30 to 50 pound line test tackle. Once a school of Mahi are encountered, casting with small jigs or Fly casting using a bait-and-switch technique can be successful. Ballyhoo or a net full of live sardines tossed into the water can be used to excite the mahi-mahis into a feeding frenzy. Hookless teaser lures can also be employed in the same manner. The teasers or live chum are tossed into the water, the fly is thrown to the feeding mahi-mahi. Once hooked, mahi-mahi are acrobatic game fish displaying spectacular blue, yellow and green colours